My husband and I spent this week with our daughter, Jennifer, and her family.  They have 2 adorable Puggles, Hayly and Ava.  When we lived nearby, I used to take our dog, Riley,  over to their house 2 times per week for “play dates” with Hayly and Ava.  But then a new neighbor moved in next door to Jennifer, and they had a dog.  The excitement was just too much for Riley to take:  2 dogs to play with, a huge backyard to run around in, and a strange dog next door to bark at.  Riley, a dog who can barely jump up on the couch at home, apparently thought he could jump over a 5′ high block wall. He tried and tried, until he wore down his nails so much they were bleeding. We bought him some little leather shoes, but he ripped them off and kept trying to jump that fence.  We tried everything we could think of to get him to stop barking and jumping but to no avail. So the play dates had to stop.

We moved a while later, and now Riley has no dog-friends. When we went to Jennifer’s this week, we took Riley with us.  The neighbors had moved, and we thought it was “safe.”

It was.  Riley didn’t bark at the new neighbors (except when they dragged their trash cans out to the street late at night) – but Hayly and Ava were barking then too, so he can’t be be criticized for that.  He didn’t try to jump the fence. What was the point?

What DID happen, was Riley had The Best Time Ever.  Without a doubt, he remembered Hayly and Ava, although it had been 3 years since he had seen them.

He played all day long. Slept solidly at night. Woke up earlier than Hayly and Ava, and just sat in our room, staring at the door, whining and willing them to wake up!

At home, Riley sleeps a lot. We take him for walks, and he will go lay in the sun, or wander around outside for a little bit. But seeing him with Hayly and Ava this week, really made me realize that he is missing dog-play time.

In the past, we’ve thought about getting another dog. Every time we see a dog that needs adopting, Rick and I look at each other with a question mark in our eyes.  Would it be good for us? Would it be good for Riley? Perhaps it’s time to give that idea some serious thought.

Do you have 1 dog (pet) or 2?  Are you glad you do?  What kinds of things did you take into consideration when you acquired your second pet. Veterinary bills? Boarding/Care costs or concerns (for when you travel)?

Those all come to mind for us. But we also know we “need” a dog with a special personality. Riley has one.  So do Hayly and Ava.  Maybe we should just see if they can come spend their vacation time with us! 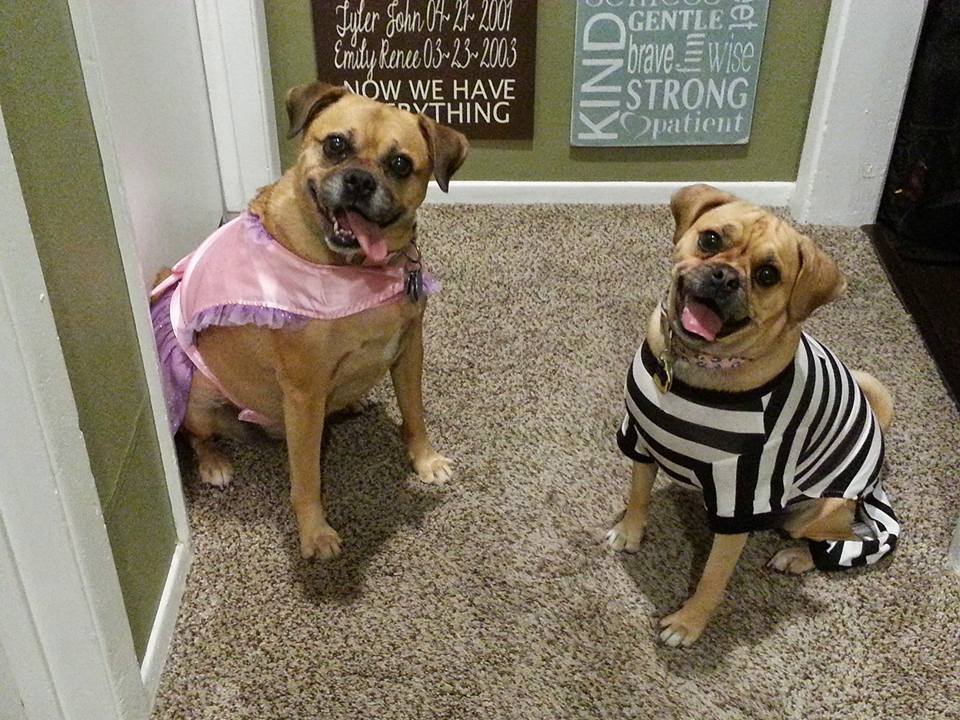 Hayly on the left, Ava on the right.

Riley below, willing them to wake up! 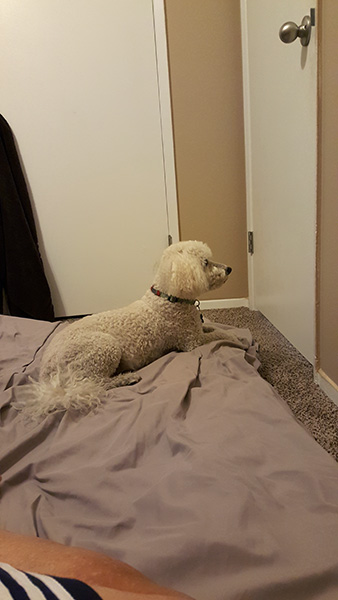