Are you a Supertaster?

My entire life I have been known as a “picky” eater.  I don’t like most green vegetables, coffee, tea, fat, many spices, alcohol, and a multitude of other things.  As a child it was a constant struggle for me, trying to eat what was put in front of me by my Mom, but not liking so much of what was served.

As an adult, being a “picky” eater can sometimes be a problem.   When we are invited into the homes of others for a meal, or to an event of some sort, I will eat a little bit before I leave home, in case I don’t like what is being served.   When I go to a restaurant, it is extremely rare for me to order something from the menu without requesting substitutions or deletions.

Although being known as the picky eater of a group can, at times, be embarrassing, it can also be rather entertaining, if you don’t mind laughing at yourself.  When I was working in an office, our staff frequently went to a nearby restaurant for lunch.  One time, as the server was taking our orders and got to me, I said, “Well, I will be the difficult one.”  He smiled and said, “Oh, yes, I remember you.”

I have tried, for years and years,  to come up with reasons for my eating habits, but never could. My Mom didn’t let me “get away” with eating just what I wanted or liked. I specifically remember when I left home for college, feeling a great sense of relief that I would then be able to eat only things that I liked! So it couldn’t be that I had not been exposed to different foods or allowed to eat only what I wanted.

We had company a few weeks ago, and as we were discussing different foods, one of our guests suggested that I might be a “supertaster.”

I had  never heard of a supertaster.    The conversation lingered in my mind, and when our guests left, I hopped onto Google to explore the subject more.

Today I found out how to tell if you are a supertaster.  What’s a supertaster you ask?  More or less, it’s just someone with a heck of a lot more taste-buds than the average person.  Specifically, someone with more than about 35 papillae per 7mm diameter circle on their tongue.  Papillae are tiny structures on your tongue that contain your taste-buds.  It turns out, about 25% of people are supertasters; 25% are non-tasters; and the other 50% are somewhere in the middle.

All these extra taste-buds tend to make supertasters hyper sensitive to tastes, due to the increased intensity of any given taste they are detecting.  Researchers estimate the supertasters experience flavors about three times stronger than the average taster.

Because of this, supertasters tend to hate green vegetables, grapefruit juice, certain alcoholic beverages, coffee, green tea, soy based products, overly sweet things, and generally are just considered “picky eaters”.  It turns out though, that it has nothing to do with personality with supertasters, as is often implied, and more to do with the fact that they can taste things that the people labeling them “picky eaters” and ridiculing them for it, can’t.  So don’t get bitter at them, they can’t help it.

Oh, my goodness!!!! There is a SCIENTIFIC reason for the way I am?

I had to be sure though, so I sent away for a test that would confirm or deny the fact that I am a supertaster.  I anxiously awaited the test, and when it came, I took it immediately.

I AM A SUPERTASTER.  No doubt.

I am NOT a picky eater by choice.

I canNOT help my food preferences or dislikes.

I was just made this way!

I want to tell everyone who has ever shared a meal with me;  has ever watched me make certain menu requests as restaurants;  has ever seen me take a bite of something and declare, “There are onions in this,” even though others couldn’t taste them.

As my husband and I were discussing the test results, I displayed child-like glee over the fact that my “picky” habits are not my “fault.”  I mean.. for my whole life, I thought they were!  My husband smiled and said, “I’ll bet you wish you could tell your Mom!”

Yes, I do wish I could tell her!  Just so she would know I wasn’t REALLY a difficult child!

(My Mom passed away when I was 23. But she’s in Heaven, so actually she found out I was a Supertaster before I did!) 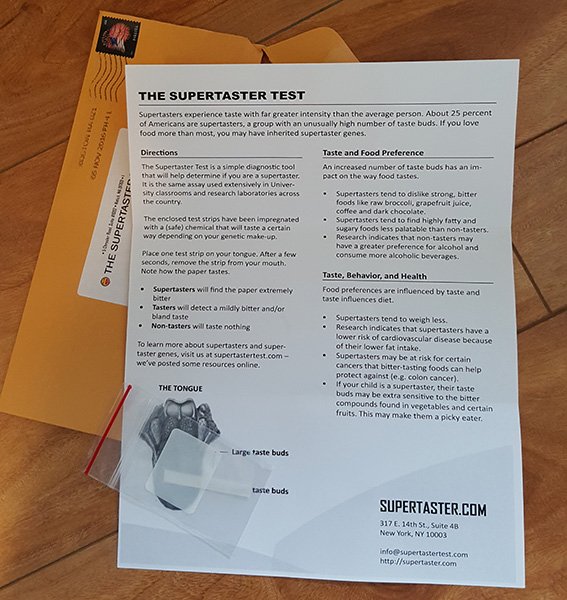 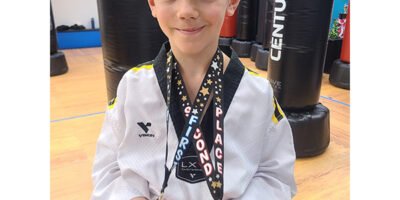 Can You be Proud of Someone Else’s Accomplishments?