Do you know who discovered electricity? Benjamin Franklin?  There are varying thoughts on this subject that are quite interesting. (Who Discovered Electricity?).  But no matter who discovered it, it has become an integral part of our lives, although we often taken it for granted.  That became very clear to me this week, when a car ran into a telephone pole near our house, and we were without electricity for 6 hours.

I was working on my computer when the electricity went out. With a big boom, the computer shut down, the lights went out, and I could hear the faint sounds of other electrical devices shutting down throughout the house.  I immediately picked up my cell phone to check with our electric company for outage notices.  Six hours, they predicted, we would be without electricity.

What do you do when that happens to you?

My first thought was… okay, that’s fine. I can’t work on the computer right now, so I’ll do some other things I have been putting off because I’m been busy.

First, I washed some dishes that had been waiting for me on the kitchen counter. You know, those dishes you don’t want to put in the dishwasher.  After I drained the water, as is my habit, I reached for the garbage disposal switch.  Oops. No electricity.

I was hungry, so decided to make myself a tuna sandwich.  Tuna comes in a can. Luckily I have a hand-operated can opener as well as an electric one.

I walked out of the kitchen to take my lunch outside, and  automatically flicked off the light switch; which, of course, didn’t make any difference at all.

After lunch, I decided to balance my checkbook.  But I do that online, and my computer wasn’t operational.

It was getting hot. I know the air conditioner wouldn’t work, but walked by and tried to turn on the floor oscillating fan. Don’t ask me why. I wasn’t thinking.

I still haven’t finished decorating my newly painted bathroom, so hung up one item. No electric drill, but I managed.  I have an old piece of barn wood that I am making a shelf out of, so decided to cut that to size.  Using a handsaw on redwood is a somewhat difficult job; redwood is really hard.  I managed to get the shelf cut, but then it was too hot to stay in an non-air conditioned bathroom and work any longer.

I was running out of ideas.

So what do I do when I have absolutely nothing else to do?  Look at Pinterest!  No computer? No problem! I have a laptop, and it was fully charged!…. Oh, but no Internet.

I finally took my nearly-fully-charged iPad outside and just sat and read for a while.  I really should do that more often anyway. Or maybe just buy a generator? 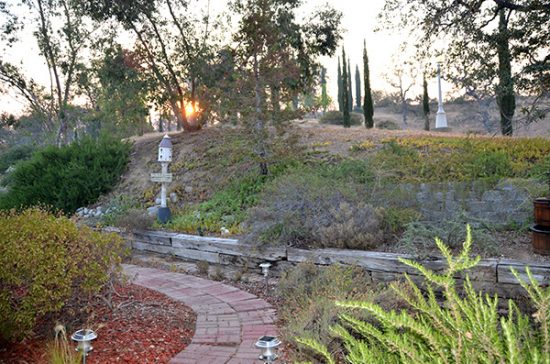 ← Prev: How to Warp Text in Photoshop Next: Freebies at MyMemories →