Did you grow up in a household where children were “seen and not heard?”  This philosophy actually originated in the 15th century where children (particularly girls) were meant to stay silent unless spoken to. It’s amazing to me how that thought passed from generation to generation for so many centuries. I doubt that the philosophy is held as strongly today as it was back then, but still….

I grew up in a household where, although I wasn’t required to be silent, I wasn’t necessarily encouraged to share my thoughts and emotions either. I don’t blame my Mom or Dad. It’s how they grew up and how they learned to parent.

That’s part of the reason I am so happy to see our son and daughter-in-law (Brian/Melissa) raising their children so differently. Owen and Ella (5 and 3 years old, respectively) are being trained to actually identify their feelings, and then not only to express them but to be able to do so safely.

Last week I witnessed the perfect example of this. Brian, Melissa, Owen, Ella, and I were all in the car. Owen suggested we play a game, “I Spy with My Little Eye.”  If you are unfamiliar with this game, the rules state that one person says: “I spy with my little eye something…”  and then they can add a color or shape or anything they want. Everyone else has to guess what is being “spied.”  When it was Melissa’s turn, she said, “I spy something with my little eye that is gold.”  Both Owen and Ella started guessing.  After Owen stopped, Ella kept guessing. After several more wrong guesses by Ella, Melissa reached back from the front seat where she was seated and rubbed Ella’s shoe. What she had spied was on the shoe. This, obviously, was a hint for Ella.

Melissa: I was just giving Ella a little hint. She’s 3, and this is a hard game for her, and you had stopped guessing……..Do you think calling someone a Cheater, without knowing their intent, is a good thing to do?

Melissa: Do you think calling someone a Cheater could hurt their feelings?

Melissa: Do you know you can apologize to Mommy?

Melissa: How do you feel right now?

Melissa: Why are you mad?

Owen: BECAUSE YOU CHEATED!

Owen is a rule follower. There aren’t many, if any, shades of gray in his life. He not only identified his feelings but expressed them because he knew he could do so in a safe environment. This, of course, isn’t the first time I’ve seen him do this. And Ella, even at 3, is very capable in this area as well.

I once witnessed Owen take a toy that Ella was playing with. When he was told to give back the toy to Ella, he did and said he was sorry. Ella said, “I forgive you, but I’m still mad.”

But what a gift. Being taught to express yourself at such a young age AND feeling safe to do so.

How about you? Did you grow up being shushed? Or were you encouraged to say what was on your mind?

← Prev: Another Way to Use Solid Digital Scrapbook Papers Next: Music Transparencies and a Freebie → 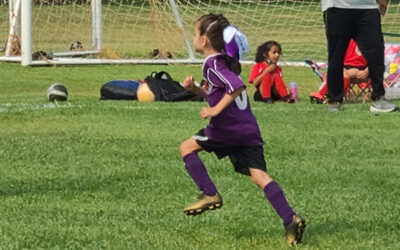