Father’s Day is just a few days away. Stores will sell out of Father’s Day cards. Family dinners will be prepared or restaurant reservations made. Moms will help young children make special gifts for their dad, and children will wrap up those gifts with great anticipation of the joy their dad will get when they receive it.

Dads play a critical part in the growth of a child, both male and female. We all know that, and we want that influence to be nothing but positive.

The reality is that isn’t always the case.

I’m willing to bet though, that whatever kind of dad each one of us has, or had, we can think of things about our dad that warm our hearts or make us smile, years later, when we recall them.

One of the things that I loved about my dad was that he…. well, here’s what would happen…

My dad was a building and painting contractor. When he came home from work, he would back his pickup into the driveway and open the garage door. He would remove his tools from his truck and move them into the safety of the garage, and he would clean the paint brushes he had used that day.

I don’t recall my actual age at the time of these memories, but in my mental picture of these times, I would guess my age to be around 10 years old.

Every day, and I mean EVERY DAY, after my father backed up his truck but before he stepped out of it, I would sneak out of my hiding place, which varied every day, and hide somewhere around his truck. Sometimes it would be near the tailgate, sometimes on the passenger side, sometimes right outside the driver’s door. When he stepped out of the truck, I would sneak up on him. and yell “BOO!” He would place his hand over his heart, his knees would buckle, and he would tell me how much I had scared him. There was a chuckle somewhere in there too. I know it.

I thought it was hilarious and was always so pleased with myself.

As I think about it now, I realize how he, of course, knew I was hiding. And how, of course, he knew I would try to scare him. But he never let me know that.

It’s a small thing. But it’s a happy memory. He gave me the gift of thinking I was funny and brilliant for always hiding in a different place.

Being a dad is a lot of big things. But it’s also a lot of small things. And for me, this is one of them. 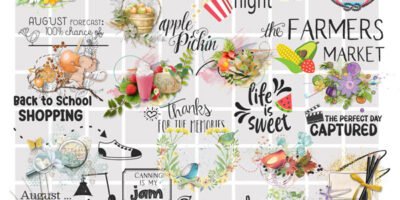 The Need to Pay Attention