Babysitters can be defined as short-term caretakers who are typically hired to watch children for a set period of time.

Parents can be defined as those who teach their children morals and values. They set limits and are consistent in their discipline. They are kind but firm. They teach love by modeling it. They care for a child’s needs; physical, spiritual, and mental. And so much more.

Our son, Brian, takes his newborn son, Asher, on an hour walk every day. Asher loves the movement and being close to Dad. And Brian loves this special time too.

Brian reports that he is often asked by passersby, who stop to see Asher, “Oh, are you babysitting today?”

His response meets puzzled looks from some.

No. He’s not a babysitter. He’s a parent.

But then came the day when he was asked if he had a dog in the carrier. He patiently explained it was a baby carrier, and that he took walks with his son every day.

After he had been asked several times if he was carrying a dog, though, he decided to just always answer the question, “Yes.” That’s our son’s sense of humor.

As he went for a walk yesterday, he stopped in at a nearby convenience store to get a snack and reported this exchange with the cashier.

As Brian related this story to me, he said:

In defense of the cashier, I do keep him covered so he’s out of the sun, but…I’ve never seen anyone walking with a dog in a baby carrier. And I wonder how many moms wearing baby carriers are asked if they have their dog in tow or whether they’re babysitting for the day. 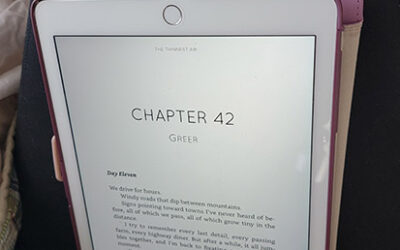 I Used to be a Book Snob 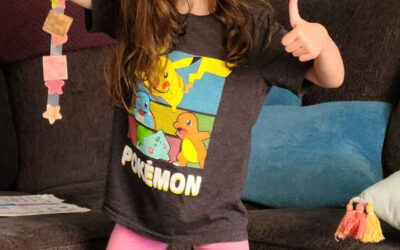 What Does it Take to be a Good Big Sister?

You are the big sister, the one that your little brother looks up to. It's a big responsibility. What will you teach...