We have 6 bird nests in our porch rafters. With an average of 5 eggs per nest, it pleases me that I hold a little responsibility for the birth of about 30 birds. Well, I am providing a place for the nests, as well as plenty of tiny twigs and fluff for the creation of the nests. That sorta counts as responsibility.

I’ve been checking on one nest in particular, which is right outside my office door. My door is usually open and so over the past few weeks, I have watched the Mama bird flying back and forth building her nest, then sitting there patiently waiting for her eggs to hatch. I’ve climbed up a ladder a few times to check on their progress. It’s so amazing to watch.

One day last week, I found one of the babies laying on the ground, right below the nest.  I picked it up, had my husband Google what to do, and then followed Google’s advice by putting it back in the nest.

A few days later, I noticed a bird’s nest somewhat torn up and discarded about 10 feet from the nest I have been monitoring. In alarm, I looked at where “my” bird’s nest should have been…. but it wasn’t there. I set up my ladder and quietly climbed up to check on things. The nest was gone. Only a few pieces of dead grass remained. Mama was gone too, but all 5 of the babies were huddled in a corner.  But one by one they started to fly away. It was an amazing experience for me, watching them as they tried their new wings.  Several of them flew about 2 feet before plummeting to the ground.  They would then flap their wings a bit and try again. A few took off right away the 2nd time, and a few had to try a few more times before getting the hang of it.

One bird stayed behind. Maybe he was checking out how it was all done before he decided to venture out.

I climbed down the ladder and just sat on a nearby stool, waiting for him to leave. Within a few minutes he decided it was safe, and he, too, flew away.  He flew to a nearby tree where one expanded wing got stuck on a branch. I wanted so badly to go over and help him out, but I stayed still. Within a minute or so, he had figured it out. He straightened his wings and flew away.

I sorta felt like a proud Mom… having watched the babies grow and then actually getting to watch them leave the nest.

It made me reflect on my own children, and the time that they left “the nest.” I’ve got to say, this was MUCH easier.

Kids come back home and visit. And I’ve read that birds will very typically return to the same nesting area, year after year. I’m hoping that one of these birds will come back next year to have babies. I guess I won’t really know, but with the release of at least 30 babies from my front porch, I’ve got to think that at least one of them will make their way back!

← Prev: Mothers and Daughters Release & Freebie Next: How to Wirelessly Transfer Cell Phone Photos to your Computer using ACDSee → 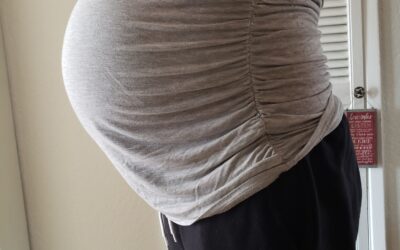 Our son, Brian, and daughter-in-law, Melissa, are expecting their 3rd child, whom they have named Asher. Although... 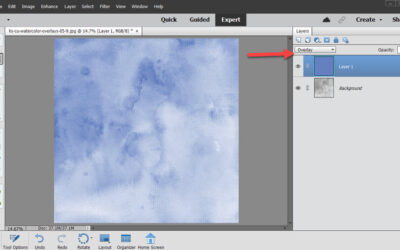 How to Get Started with Watercolor Overlays, along with Custom Tips and Tricks I learned along the wayby Karen Schulz...