Last weekend our son, Brian, and daughter-in-law, Melissa participated in the first 2020 segment of the  Spartan Trifecta.  And I got to take care of (a.k.a. play) with Owen and Ella (6 and 4 years old) all day long.  It was Valentine’s Day.

I had promised the kids that I would take them to Target so they could spend their allowance. They had both been saving for something and had JUST earned the last of what they needed to make their purchases.

When I take the kids somewhere, I drive Melissa’s car; it’s small and a size I feel comfortable driving. But this weekend? Brian and Melissa were taking Melissa’s car, which left the minivan for me.  I don’t drive big vehicles. I don’t. They scare me. But knowing that either I drove the minivan, which had the kids car seats in it, or the kids had to wait until the next day, when their parents could take them, to spend their allowance, I had no choice. They would have been too disappointed to wait another day. I don’t handle their disappointment well.

I asked for the van keys and went for a short test drive.  I was nervous. I was. But I felt I could do it.  For Owen and Ella, I could do it.

But before we went anywhere, we had to have breakfast. When I visit, Owen always wants me to fix either French Toast or Pancake Surprise (something I made up; about half-dollar size pancakes with different and unusual toppings – like a marshmallow or M&M’s, peanut butter or honey – anything that kids his age would find fun.) Well, this weekend, I mixed it up and we had French Toast Surprise.  Owen thought it was hysterical.

We played with Legos for a while, and I “surprised” Owen with my lego-building skills.  (“Grandma, you’re really good at building lego cars.”)

Around lunchtime, we made a quick trip to Target. As we were walking into the store, I noticed all of the delicious smells coming from the nearby restaurants.

Me: “Oh, something smells really good! I wonder what it is!”
Owen: “It’s the hotdogs at Costco!”

Anyway, we took care of our errand at Target and when we exited, I asked Owen and Ella if they wanted to have a hotdog at Costco for lunch.  “YES!!!” they both said!!!   Surprise!

Earlier that morning, I asked the kids if they wanted to build a castle. I explained that we would have to go on a “box run,” which means we drive behind stores and look in their dumpsters for big boxes that we can use. Owen didn’t seem to think much of the idea until we actually were sorting through the dumpster goods – and then he thought that was the most fun part of the day so far….. even more fun than spontaneously getting hotdogs at Costco, which, admittedly, is really hard to beat.

So after gathering boxes, we headed home to start building our castle.

After a short pause, he continued:  “Grandma, it’s Valentine’s Day, and you’re just FULL of surprises!”

That just warmed my heart, and it still makes me smile when I remember it.  I hope he always thinks I’m a fun Grandma.

Once we got back to the house, we got out our paints and scissors and tape and began the construction of a castle. It took us 3 hours, but the final result was strong and sturdy, despite the way it looks. In my opinion, that was probably the biggest surprise of the day!

Ella opted for pink and purple paints, with a flower garden, and painted the rocks on her side of the walkway. Owen opted for black and orange, with a “scary” face inside the “O” in his name. He built a parking garage for his cars, and a 2 story lot made out of toilet paper rolls. The “ramp” to get to the top of that special parking spot fell down; it’s the piece of cardboard to the right of the toilet paper stack. 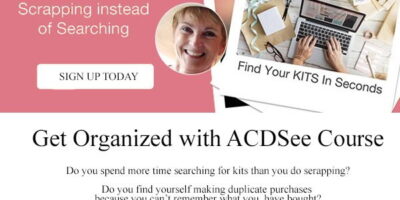 What I Learned in 8 Days