We grow up learning that there are different phases in life. As a child, we are carefree, or at least should be. Then we go to school and become students, some of us for longer times than others. We become working adults. Some of us get married and have children. If all goes well, we come to the point in life where our children are grown and successfully on their own, and we retire from our careers.

My husband worked for the Newport Beach Police Department, where officers were eligible for full retirement at age 55. Of course, he went for that option when he was eligible. He worked part-time for the Department for 5 or 6 years after that as a Reserve Police Officer.  It was a relatively stress-free job that occupied his time.

I planned to retire from my 4-days-a-week job as a dental office manager in June 2014.   I knew that when we were both retired, we would be entering yet another life phase. We would be home together 24/7.  Having heard both good and not-so-good stories about retirement adjustments, I tried to anticipate what the days would be like.

Would it be as good as some say? What would it feel like to be able to do anything, any time I want? Would it be a challenge to adjust?

We had thrown another “life situation” in the mix, and a week after I retired, we moved from Southern California to Northern California, a very big life change.  We found that adjusting to the new lifestyle of living “in the country” rather than the city, was more challenging than retirement itself.  Well, for me anyway. I was used to running to the store for any little thing I needed since everything was so close. Here, not so much. “Town” days are scheduled, and if I run out of something during the week, or need something to complete a project, I just have to wait. Actually, now that I sit here and ponder this all, that really was my hardest adjustment out of all of the adjustments  made at that time.

We quickly got used to being together 24 hours a day, 7 days a week and also to be able to just “go” when we wanted, like a spontaneous lunch or dinner out.  I have to admit that our “schedule” became pretty lax. No longer were our meals scheduled around the clock, but when we were hungry. We didn’t have to do laundry on the weekend! We could do it during the week if we wanted. I know… living life on the edge, right?

My point is this. Things are changing once again. I am calling it “Retirement 2.0.” My husband, Rick, has accepted a part-time job. He was solicited by a friend of ours who is in charge of Yosemite Tours for the Tenaya Lodge. At first, Rick said no, but after being asked a second time, he agreed to go on a tour just to see what it was like.  He came home ready to sign on the dotted line.  Rick is V.E.R.Y. social. This is, without a doubt, a perfect job for him.

After weeks of training, Rick hosted his first tour this week. He was nervous. He was excited. But most of all he was doing something that he knew he was going to love.

The  “life is a changin’ ” part?  He gets up at 4:20 am to get to the Lodge in time. Which means I wake up at that time too and can’t go back to sleep. His days are long, usually about 12 hours, which means that I am home alone during that time. It’s okay. I don’t mind being alone, but I do miss his presence.  It means that a lunch needs to be fixed the night before (he does that), but I need to try to have dinner ready when he gets home.  It means if he works a lot of days during the week, that I need to pick up some of the chores that he usually does.  These aren’t big things. Just different.

So another phase of life. But you know what? Retirement is still amazing. 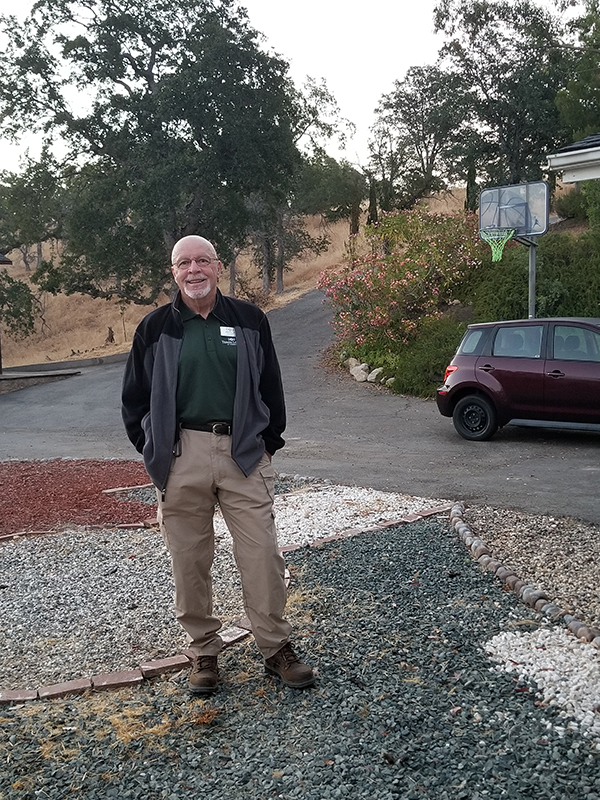 ← Prev: Digital Scrapbooking Borders and a Freebie Next: Glass Styles →