Smoke Detectors and 2:00 AM

Smoke Detectors. I think they absolutely positively must be programmed by the manufacturers to have their batteries drain at night. In the middle of the night preferably.

We have 7 smoke detectors in our house. And every single time a battery has drained completely, it’s right when we are ready to turn out the lights at night, or in the middle of the night.

We moved to the house where we now live 4 years ago.  We noticed the smoke alarms. They were pointed out during our housing inspection.  But there was one they didn’t point out to us. My guess is they forgot it. Out of sight, out of mind.  And this one was out of sight.

I’m not talking about the smoke detectors that are in the bedrooms, or the one at the top of the stairs, where you have to use a super long ladder, leaned against the wall to reach it. Where you have to say your prayers before even stepping on the first ladder rung.  No, that one we could handle, even though it did start chirping at 2:00 am.

Did any of you see the Modern Family television show where Phil can’t find the smoke detector that is chirping? He finally destroys all of the detectors in the house, out of frustration thinking he’s won the battle, but then hears another chirp? That was us the other night – sort of. We didn’t destroy the smoke detectors, but we just couldn’t find where the chirp was coming from, and it just kept chirping.

Was it coming from the smoke detector in our gym? No, close, but not there. It had to be the TV room then. Nope. We checked the adjacent laundry room but there wasn’t a smoke detector in there at all, so back to the gym where the noise seemed to be the loudest.  In the middle of the night, noise seems to bounce off walls. So maybe it actually was coming from the other side of the house? No, that wasn’t the answer either.

You know that little chirp only lasts a few seconds, making it even harder to find an elusive sound.

But we did eventually find where the chirp was coming from. Okay, I’ll give my husband the credit here. HE found it. In the attic. IN THE ATTIC.  Whoever heard of a smoke detector in the attic?  Obviously, not us.

I’m not going up into the attic to get a picture of it for this post. But if I had thought of it, I might have whipped it out at 2:00 am.

This is just an FYI for you all, in case this happens to you. Don’t forget to check the attic! 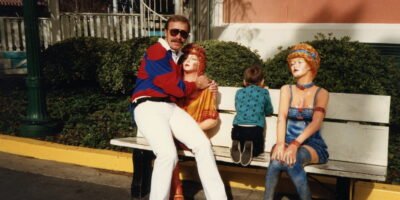