Time passes so quickly. It doesn’t seem that long ago that we were waiting for midnight, holding our breath, hoping that the Y2K Bug didn’t wipe out all computer systems in the world!  (Year 2000).   Yet here it is, 2017… already.

Last January, I told you about my approach to a new year.  (Resolutions or Goals?)  I also promised to check in with you January 2017, to let you know how I did.  I accomplished 3.5 of my 6 goals.  Not perfect, but okay, since the year before I had accomplished 2 of 5 goals.  I’m improving, and that is all I can ask for.

If you set goals or made resolutions at the beginning of the year, how did you do?

The beginning of a new year is not the only time that we set goals or make decisions about life.  Life is fluid and we are constantly evaluating our circumstances and decisions, making adjustments as required.

Did you read my post of September 22, 2016, “1 or 2 dogs?” My husband and I were trying to decide whether or not to get a second dog.  We were thankful for all of the solid advice we received from you. Based upon that, we decided not to get another dog.

And then, on December 16th, we received a text from our daughter, with a copy of a Facebook Post. 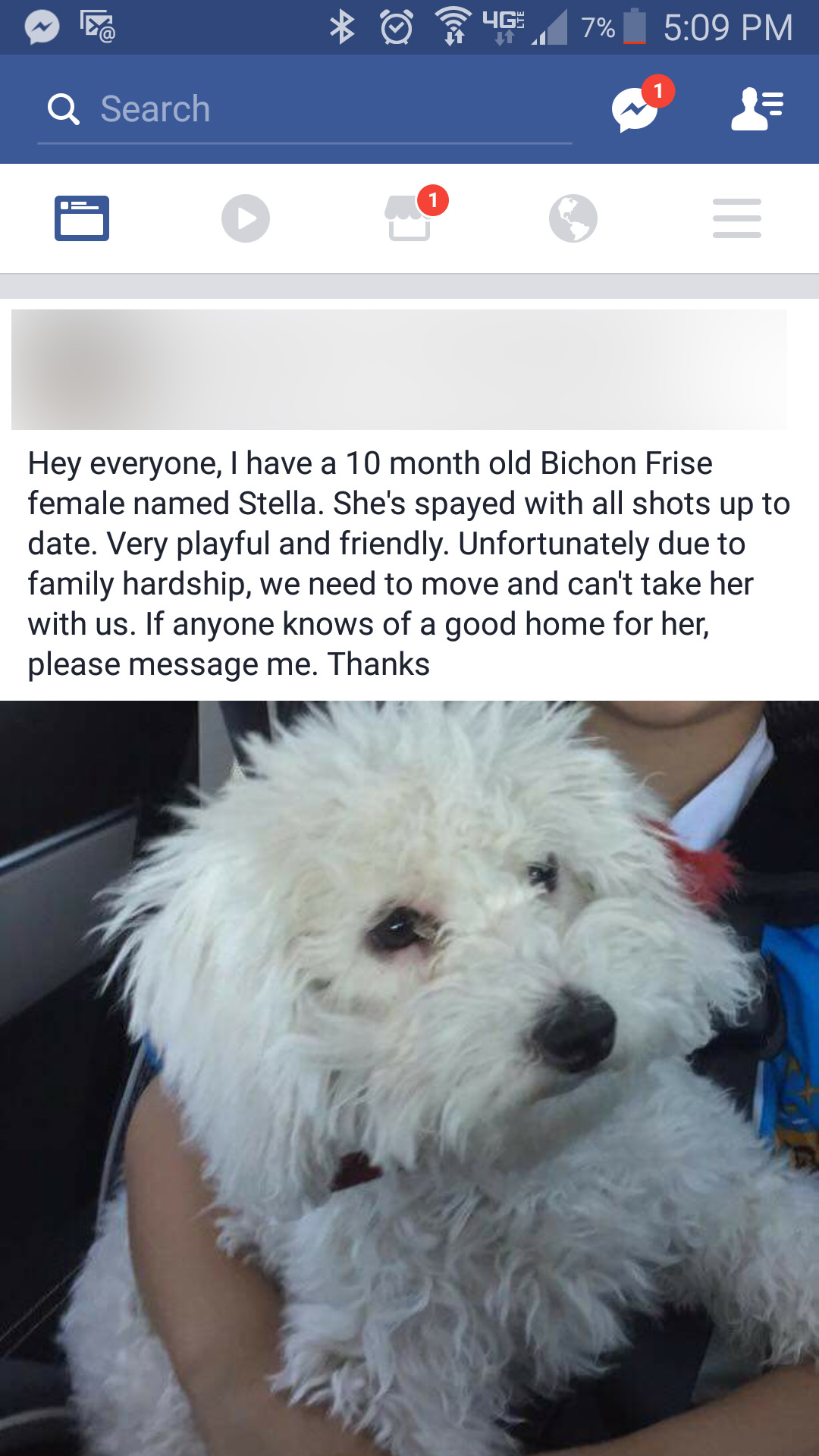 My husband and I looked at each other and, without discussion and said, “Let’s get her!”

Stella was in desperate need of a haircut, and needed treatment for 2 ear infections and an eye infection.  She is not house-trained (although we were led to believe she was). And she is very skittish, leading us to believe she has been traumatized in some way.

It’s been an adjustment for all of us as we learn Stella’s schedule and personality, and as she learns ours.  We’re getting there.

But the important thing is that she is a sweetheart and has already grabbed our hearts.  Riley is so gentle with her, and lets her jump all over him in her puppy-playfulness. He gets a little annoyed when she bites his ears, but who can blame him for that?

My husband and I entertain ourselves by imagining what each dog is saying to the other, as well as to us.  Our imagined conversations are probably much more entertaining than what is really being “said,”….. but we mostly think we have it right.

Even though they fight over the same toys and vie for our attention, at the end of the day, Riley and Stella have become friends.

And that’s what matters the most. 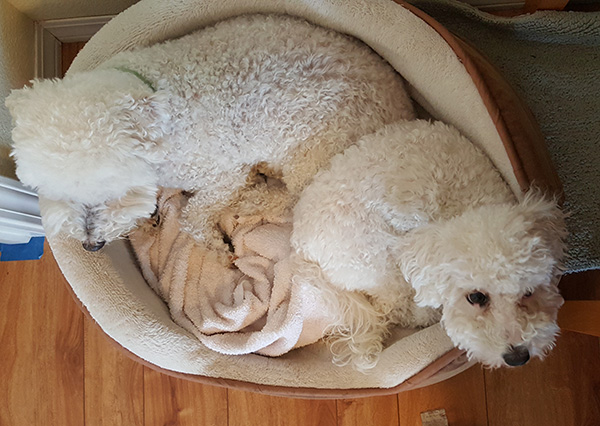 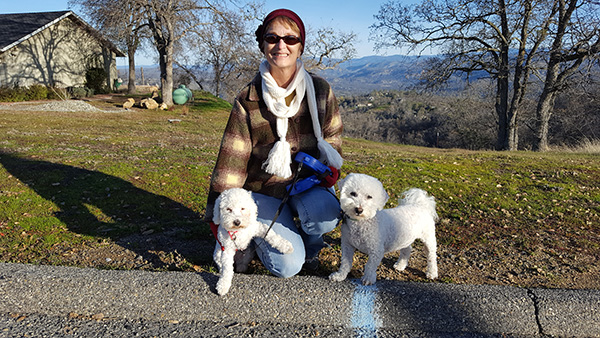 ← Prev: What are XML files? Next: Celebrate Life! →