We have lived in the Yosemite area for 2 1/2 years now.  Much of California has been experiencing a severe drought, and our area has been no exception.

Last winter we had very little rain; but this year, we have had multiple storms visit our area.  Last week we received 10 inches within 3 days.  For us, during this drought, it was alot. We are grateful!

However, the rain has brought one Very Strange “Thing” to us…. Rain Beetles.

One morning I opened the front door, and there were 6 of the biggest bugs I have ever seen, right by the threshold.  They were dead. And they were scary-looking.  I thought it was really strange that in 2 1/2 years we had not seen even 1 of these bugs, and now there were 6 at our front door?  As my husband and I explored, we found more of the dead bugs on the ground under our windows, and at other doors.

Thank goodness for Google, and a husband who can find anything there!

This is what he found (although I don’t have his reference):

It’s December, and a light rain pitter patters on my roof. I get up early: 4 am. I love this time of morning, it’s quiet, I drink a cup of coffee, read, and ready myself for the day. Thud… thud… thud. The “thud” breaking the early-morning silence is a male rain beetle flying into my living room window pane, lured, just like moths, to the lights. Unfortunately, the flight of the rain beetle is not as glamorous as the flight of the bumblebee-but the journey, their life history, and their ultimate goal is truly epic.

After spending 13 years gnawing tree roots underground, the grubs metamorphose into adults whose sole purpose is to find a mate. The beetles are so focused on this mission they don’t even break for a bite to eat (which is fine since they aren’t endowed with functional mouth parts). The fat stored over the past 13 years is converted into two hours worth of flight time. Fall/winter rains trigger this nuptial flight in males and tunneling behavior in the flightless females. With specialized antenna flared out like giant moose antlers, the males hope to smell the females near their burrows (humans have the capacity to smell these pheromones, which have been described as lemon scented).Once the females have been found, the males then battle for mating rites. The prize for the winner is an opportunity to pass his genes on to the next generation. The celebration is brief, most males die shortly after mating or exhausting their fuel. Females live for a couple more months, tunneling 10 feet below the ground to lay their eggs, before they expire. These beetles have literally been waiting their entire lives for this moment, this one moment…to make new life and as one life flame is extinguished another is ignited.

I am forever amazed by the creatures of the earth.  But I can’t say that it makes me sad I might not see this one again for a while.

All things bright and beautiful,
All creatures great and small,
All things wise and wonderful,
The Lord God made them all. 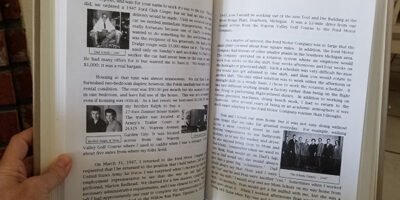 Mayonnaise is NOT Miracle Whip