Thank goodness for photographs. When we capture a moment in time with a photo, it helps us recall that memory long after the details might ordinarily fade from our mind – or after things change.

Over the past weeks I have been scanning all of my family photos. Looking at the photos of me at my Grandma and Grandpa’s house brought back so many sweet memories.

My family lived in California, and my grandparents lived in Kansas. We were only able to visit them once every 12-18 months. But those visits are some of my best childhood memories.

My grandparents lived in an unincorporated community in Cherokee County; seriously, the tiniest dot on the map that you could imagine. The population now is 303, and I imagine it was about the same when my grandparents lived there. The entire town was essentially 2 streets that crossed each other, 1 place of business, and a church.

My uncle owned the only business in the town, which was a general store, with a gas pump in front and a post office in the back. He was not only the only businessman in a town consisting mostly of farmers, but he was also the Postmaster. All the way up until the late 80’s, I could and did address my letters to my grandparents as “Grandma and Grandpa, Lawton Kansas.” Having your uncle as the postmaster gave you special privileges.

The one-room schoolhouse where my mother went to school was right down the road from my grandparent’s house. An old teeter-totter was still there, and I played on that just like my mom had done years before.

I could go on and on about all of the memories I have from those visits… but my thoughts turn, instead, to how important photos truly are.

My husband and I are planning a “road trip” and one of the things we considered doing was swinging through Lawton. Although my grandparents are no longer with us, I thought it would be fun to visit the town and see their house, where I have so many great memories.

We used Google Maps to see how far Lawton was from Route 66, which is the route we would be taking. We also zoomed in to see what the area looked like now. AND we were able to capture pictures right from Google Maps.

I was heartbroken to see my grandparent’s house abandoned. The town sign, that hung from my uncle’s store was gone, as was the gas pump. The store appears to have been turned into a residence now – which is actually pretty cool, I think, knowing the history of the building. The school my mom went to has had several windows boarded up and looks so small. The teeter-totters are gone, but at least the building is still standing.

I am so very grateful for the photos I have from my childhood visits. I can look at them and immediately hear the crunching of the gravel road as I made my way from my grandparents house to my uncle’s store, with a penny or 2 in my hand to spend at the candy counter. I look at the old school house and remember all of times I walked down there to play on the teeter-totter. I can remember so many things just by looking at the old photos.

Although it’s so easy to take photos today with our phones, I sometimes forget to do that. This was a great reminder, that whether we are using a camera or cell phone, taking photos is important … for so many reasons.

← Prev: How to Use Bokeh Brushes and Overlays Next: MyMemories Blog Train - February 2021 → 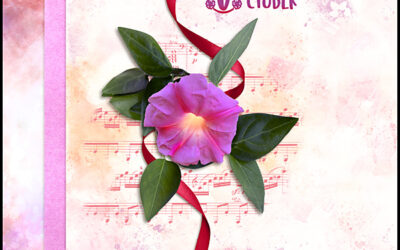 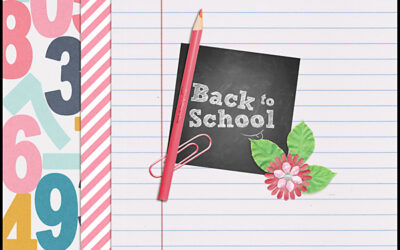 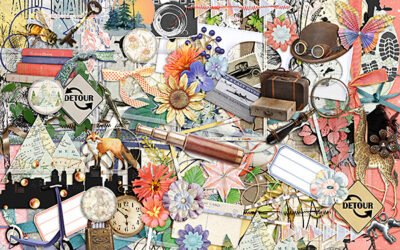 Exploring can be as close as your own backyard. I recently was able to do some traveling, after being home for quite a...